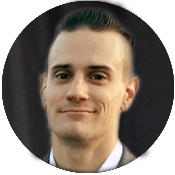 Joel has been an agent with Mercury since 2014 and is best known for his fast responses to calls, texts and emails, his honesty and sense of humor.

In his free time, he works at becoming a better Thai boxer and would like to be a professional fighter. In the future looks forward to skydiving as well as visiting Patagonia in South America. His brother going to the military has had the greatest impact on his life.