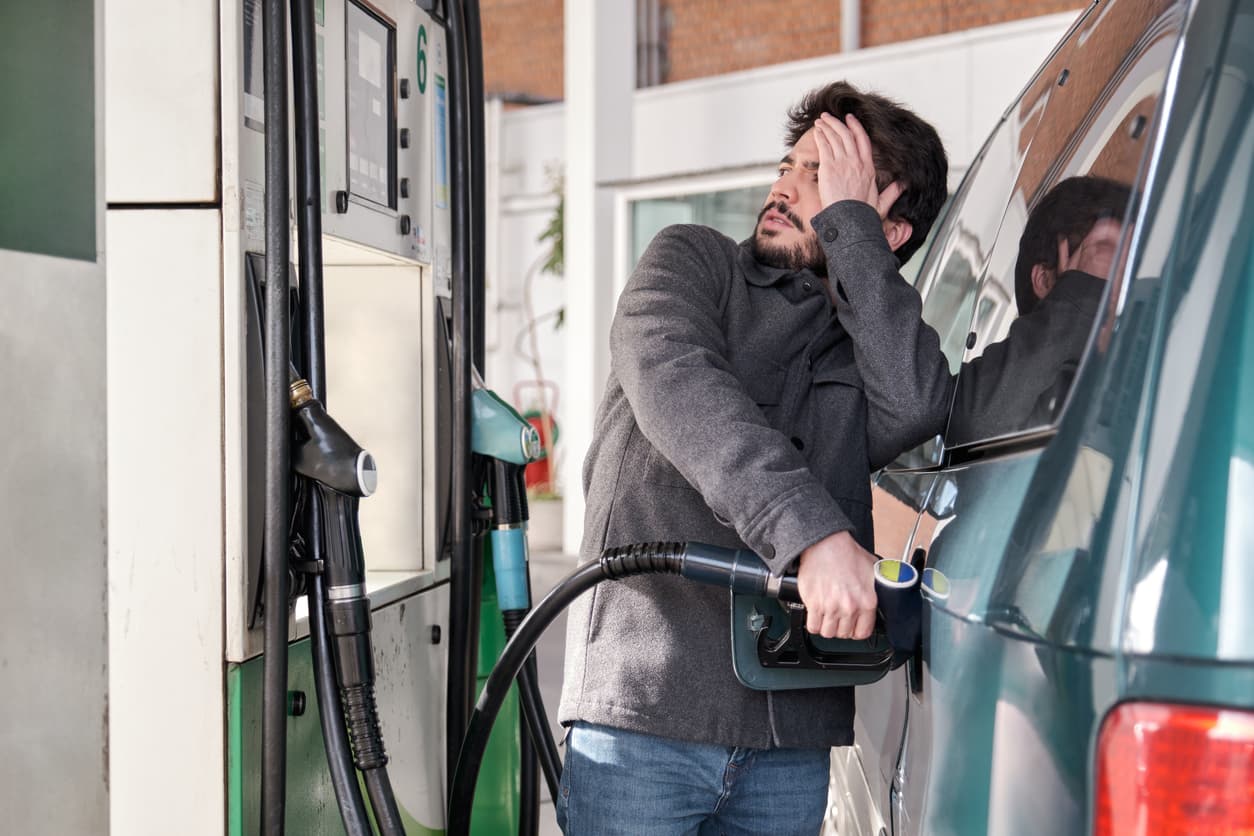 Average fuel prices in 2022 passed $5 per gallon in 13 states for the first time since 2018, and more could join the list in the new few weeks.

Americans are paying record-high prices at the pump in July, a trend that isn’t showing signs of slowing down anytime soon. A number of reasons, including Russia’s incursion into Ukraine, low output from domestic oil companies, and growing demand due to a rebound in travel, are driving fuel prices up. It appears no short-term remedy will ease the problem.

Let’s look at why gas prices are soaring and a short-term reprieve is unlikely, and how a car-shipping service might help you prepare for long-distance travel this summer.

Russia is among the top oil exporters in the world. In December last year, it shipped 8 million barrels of oil and other petroleum products, including 5 million barrels of crude oil. A small percentage of the oil went to the United States; 60% went to Europe and 20% to China. Oil prices are tied to global commodity markets. Any loss of Russian oil was bound to affect global oil prices.

Fearing that oil prices would surge above $150 per barrel, Western countries initially exempted Russian oil and gas from a raft of sanctions meant to punish Russia for its invasion of Ukraine. However, in March, the U.S. announced a ban on Russian oil.

The EU followed suit, banning imports of Russian oil, which account for two-thirds of oil exported to the EU. The concerted effort to cripple Russia’s oil industry and remove it from global markets has adversely effected fuel prices.

In 2020, surging Covid-19 cases and strict lockdown rules in China triggered record-low oil prices. The zero-Covid approach to the pandemic slowed down the demand for oil. Crude oil traded at negative prices at some points. However, as infections fell, restrictions were eased and lockdowns lifted in major cities like Beijing and Shanghai. High demand for oil without a corresponding increase in supply drove up prices at the pump.

To shore up prices amid a period of low demand, OPEC and other oil-producing countries agreed to slash oil production. However, when demand grew, they kept production volumes low.

With people worried about soaring oil prices, the Biden administration has pursued more drilling. However, it takes time to scale up oil production, particularly when oil companies are experiencing the same supply-chain and hiring challenges that have hit other U.S. firms.

Covid-19 restrictions, Russian incursion and low oil production are part of the equation. Growing demand for oil is also to blame. Though demand is yet to reach pre-pandemic levels, it’s still strong.

Record job growth in 2021 and workers’ return to offices has driven demand for oil. However, those who intend to return to the office are likely to still work from home at least some of the time, which has reduced commuting.

Summer travel, which typically kicks off on Memorial Day weekend, is partly to blame for the jump in gas prices — and the cost of jet fuel, as millions of Americans take to the skies. Airlines are reporting strong bookings this summer that have soared above pre-Covid levels.

Is a short-term decrease likely?

The simple answer is no. Experts believe we are yet to see the end of rising fuel prices in 2022. U.S. oil stocks lagged for more than two years; oil-company executives would rather improve share prices than boost oil production.

Previously, his administration criticized oil companies for sitting on 12 million acres of federal land approved for drilling and making little use of the 9,000 drilling permits. Oil companies were warned they could be fined for unused leases.

The White House authorized the release of one million barrels of oil from the country’s strategic petroleum reserve in March, a move that lowered gas prices to between 10 and 35 cents a gallon. While Biden’s administration hoped the release would drive demand, experts saw it as having minimal impact on supply.

Want to avoid high prices at the pump? Ship with us

You may think it’s expensive to ship your next car from state to state. But, once you add the fuel cost for long-distance travel, hotel accommodations, and other expenses, you may still spend about the same amount.

When will fuel prices go down in 2022? Those with long-distance summer travel plans will pay over a dollar more per gallon than they did last year However, you can avoid high fuel prices by hiring a car-shipping service like Mercury Auto Transport. A reliable car-shipping service can save money on transport expenses. You’ll avoid maintenance costs and repairs before and during the long trip, including the potentially high cost of a breakdown.

Also, driving a car cross-country could require take time off work. With our service, you won’t miss days in the office or lose wages.

For 15 years, Mercury Auto Transport has helped car buyers by connecting them with affordable carriers and ensuring cars arrive on time. Whether you’re moving multiple vehicles or traveling more than 500 miles, we’ve got your back. Contact us to schedule a consultation with our shipping experts. 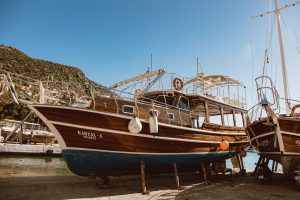 Many people have shipped a car before. This is a relatively simple process that involves getting a quote or two and finding the right shipping 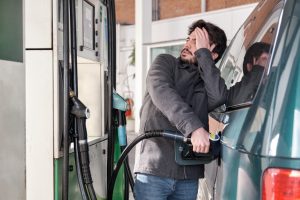 Average fuel prices in 2022 passed $5 per gallon in 13 states for the first time since 2018, and more could join the list in 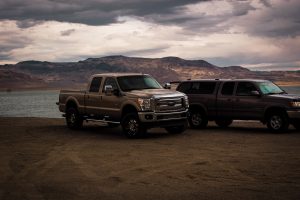 If you have never shipped a vehicle before or you have only shipped cars, you might not be familiar with the process of shipping a 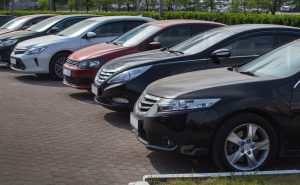 How is My Quote Determined?

We feel it’s important for you to know how we determined your quote. Quotes are based on what the market demands for cars to be moved at a given time. Each quote is compared with the current rates on the National Load Board before being sent to our customers and will be reviewed periodically through the process.

Other companies might offer you a lower price to obtain your business. This method is ineffective because if the car does not pay the correct amount of money, it will run the probability of not getting loaded or transported on time. You will not get this information from our competitors. Truck drivers always take the loads that pay the most first, leaving the loads that are mispriced to be moved last or not at all. We try very hard to avoid this with our customers by quoting a fair but realistic quote up front. Visit our How we determine your quote page for more information.

How is my vehicle covered by Insurance?

Understanding auto transport insurance is important and we think it’s valuable to explain how it works. As part of providing a great car transport service, it is our job to guarantee that the carrier we assign to pickup your vehicle is licensed and insured. Click here to check out our license.

When you go with Mercury to ship your vehicle, you can rest assured that the carrier assigned to move your car is fully insured and licensed with the FMCSA (Federal Motor Carrier and Saftey Administration).

Your vehicle is covered by the carrier’s insurance policy that is doing the shipping. Depending on the type and size of the truck/trailer that is shipping your car, the insurance policy can cover from $100,000 to $1,000,000 of damage.

We have also provided a checklist to explain what you need to do at both pickup and delivery in case there are any issues so, you can file a claim and know that everything will be taken care of.

It is rare but, time-to-time there may be accidental damage while in transit and it is good to know that your carrier’s insurance will protect your auto shipment in that event.

To view a sample BOL (Bill of Lading) and learn what to do in case of accidental damage, please check out our Condition Report and Procedure checklist.

How Much Will it Cost?

When comparing auto transport companies, keep in mind that low-priced quotes often result in delays in getting your vehicle loaded. Choosing the right broker is vital to getting a reputable carrier for the lowest price possible.

We feel it’s important for you to know how we determine your quote.

When you’re looking for a car shipping rate, you want to understand how auto transport works. Prices are based on seasonal market demands for cars to be moved at any given time. Each quote is prepared based on the season and the current national rates.

When comparing auto transport companies, keep in mind that low-priced quotes often result in delays in getting your vehicle loaded. Choosing the right broker is vital to getting a reputable carrier for the lowest price possible. Not all brokers are created equal in this talent.

You can have peace of mind knowing that the carrier shipping your vehicle is the very best and that there are no surprises guaranteed.

While we do our best match your auto shipping needs with the most responsible carriers with the best track records, from time-to-time there may be accidental damage while in transit, it is good to know that the insurance of the carrier we locate for you will protect your auto shipment in that event.

What Should I Do to Prepare?

Shipping a vehicle can be stressful if you don’t know what to do.  This is why we believe it is paramount to have our highly trained agents be your main point of contact from start to finish.

They will go over everything you need to know so you can relax.  In the meanwhile, we prepared this checklist.  This includes everything from pickup to delivery and how to make sure your car is ready for pickup.

When it comes to car moving, we want you to be ahead of the game!  For any questions and further assistance our agents are standing by, (800) 553-1828.  Please read our checklist to prepare your vehicle to learn more.

What Are My Auto Shipping Service Options?

There are several ways you can ship a car.  The options include enclosed trailer, open carrier transport, flatbed truck, door-to-door shipping services, and to or from a terminal as well.  The most popular of the options is a 7 to 10 car open carrier.  These large trucks can accommodate almost any size vehicle including cars, SUVs, trucks, jeeps, and vans.

Open car transport, door to door is also the best way to get the cheapest auto transport rate possible.  To learn more and see what transport method is best for you, please fill out our free quote form and one of our representatives will respond to you within minutes.  You can also call us at (800) 553-1828.