Though the state of Idaho is the 14th largest in total area, it is relatively devoid of people outside of a few smaller metropolitan areas. Therefore, it can be a bit harder to transport vehicles in or out of the state. However, when it comes to auto transport to Idaho, we’ve got you covered. Our team of auto shipping experts will work with you to ensure you get your vehicle safely.

Need To Ship Your Car To Idaho?

With Mercury Auto Transport, car shipping to Idaho is easier, faster and safer. We provide full Idaho auto transport services to Boise and other cities.

Idaho is home to five different national forests, four of which are located in the center areas of the state. Thus, this unfortunately splits the state in two, at least in terms of metro areas. North of Clearwater National Forest is Coeur d’Alene, which sits just east of Spokane, Washington. To the south of the national forests are the larger cities, such as Boise and Nampa. Due to its split nature and lower population, Idaho has just three interstates that run through it, and we will explain each of them below.

The northern-most interstate, I-90, is also perhaps the most popular in terms of auto transportation. Running the entire length of the United States, it originates in the west in Seattle, Washington. Then, it heads east all the way to Boston, Massachusetts.

I-90 passes through several metropolitan areas including Spokane, Coeur d’Alene, Billings, Sioux Falls, Chicago, Cleveland and Buffalo. As it runs through the northern states in the U.S., many carriers will travel along I-90 during the spring and summer. Subsequently, eschew it for warmer climates come winter when the snows start falling.

I-15 runs north-south through the eastern portion of the state. It begins at the Canadian border and continues south through Helena, Montana, via Idaho Falls and Pocatello, and into Utah. It then passes via Salt Lake City and Provo before heading southwest to Las Vegas and finally Los Angeles.

I-15 is not as popular as other east-west interstates, primarily because of the cities that sit along it. Some carriers run routes from L.A. to Vegas and utilize I-15. If you’re transporting to a city in Idaho along the route, though, a carrier would be willing to continue up the Interstate for a bit more cash.

Due to its short route length, Interstate 84 is the least popular of the main interstates that travel through Idaho. It runs from Portland, Oregon, east through several smaller cities in Oregon before turning southeast. Then, it goes through Boise and Twin Falls before heading almost directly south into Salt Lake City, where it terminates.

Carriers will run along I-84, primarily along the occasionally-popular Salt Lake City to Portland route. However, carriers like to avoid I-84 because it passes only through three major cities. These cities include Portland, Boise and Salt Lake City.

When it comes to auto transport to Idaho, booking with an auto transport brokerage company like ours is the best option. It may not be easy, but we deal with situations like this all the time, so we know how best to help you.

Regardless of where you are transporting your vehicle to or from, however, we here at Mercury Auto Transport are here to help. Simply fill out our free online auto transport quote request form. Then, you’ll receive a customized auto transport quote in your e-mail within the next hour.

You can also call our toll-free telephone number at 800-553-1828 to speak to one of our live auto transport representatives. They will answer your questions and help you on the path to a great auto transport experience. It doesn’t matter where you are shipping from or to, we’ve got you covered. 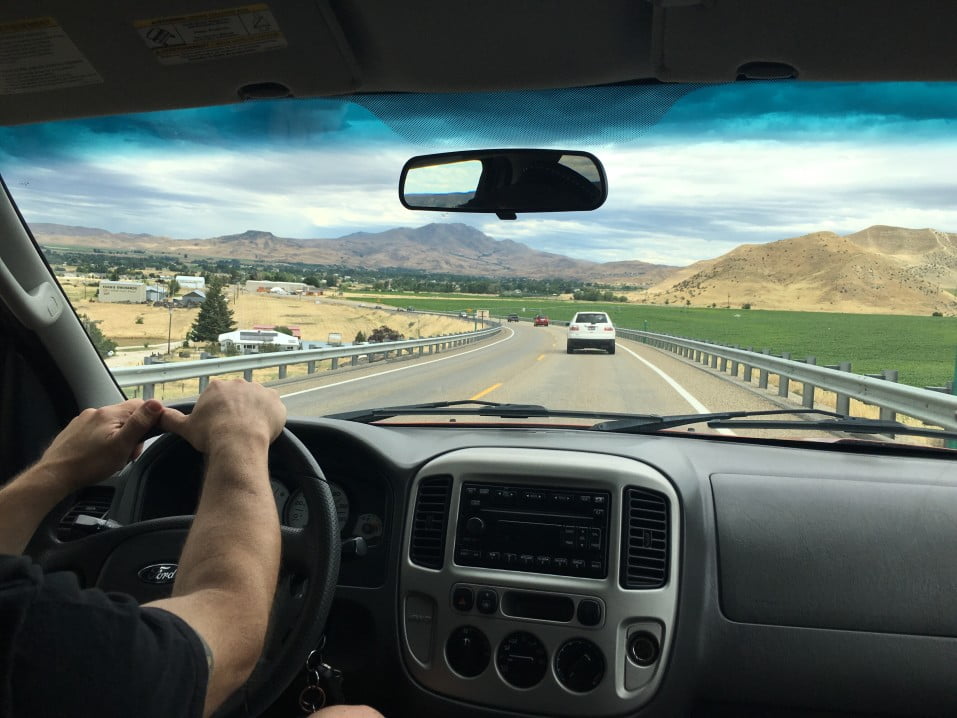